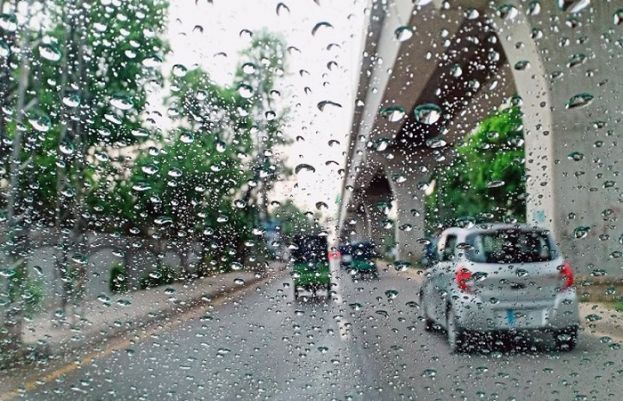 Parts of the port city received light rainfall or drizzle on Tuesday morning in the ongoing monsoon spell causing rains in Karachi and other southern parts of Sindh.

The monsoon system is now on the exit from Karachi, Pakistan Meteorological Department (PMD) has said in its weather report.

The met office has predicted partly cloudy and windy weather with chances of light rain or showers today.

Maximum temperature in Karachi will remain between 33 – 35 ºCelsius and the humidity will be 79 % in morning and 55 – 65 % in the evening, according to the weather department. The winds are blowing in westerly and southwesterly direction.

The rain played havoc in the city, as most of the roads were submerged with rainwater.