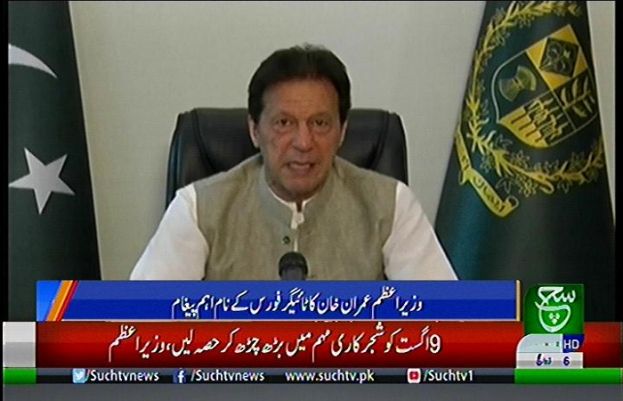 He was talking to Special Assistant on Youth Affairs Usman Dar in Islamabad, who called on him at his office. During the meeting, preparations for Tiger Force Day celebrations were also discussed.

PM Khan also lauded efforts of Usman Dar for keeping the Corona Tiger Force active and for being acknowledged at world level.

On the occasion, Usman Dar also presented a letter penned by All-China Youth Federation to him, requesting to share the operational details of the force.

“We are informed that in a recent month, Usman Dar has been leading a campaign called ‘Tiger Force’, promoting the engagement of the youth voluntaries of all the country to fighting against the pandemic. The Chinese Youth are very interested in it and hope to learn from it in order to enhance voluntary service targeting to the pandemic fighting and economy recovery,” read the letter, forwarded by the Chinese youth federation.